This post has been written on behalf of SCA.

With Mother’s Day fast approaching I have an amazing story to share with you about an amazing woman and mom. Her name is Leslie, and she has to be one of the bravest and selfless women I’ve known. 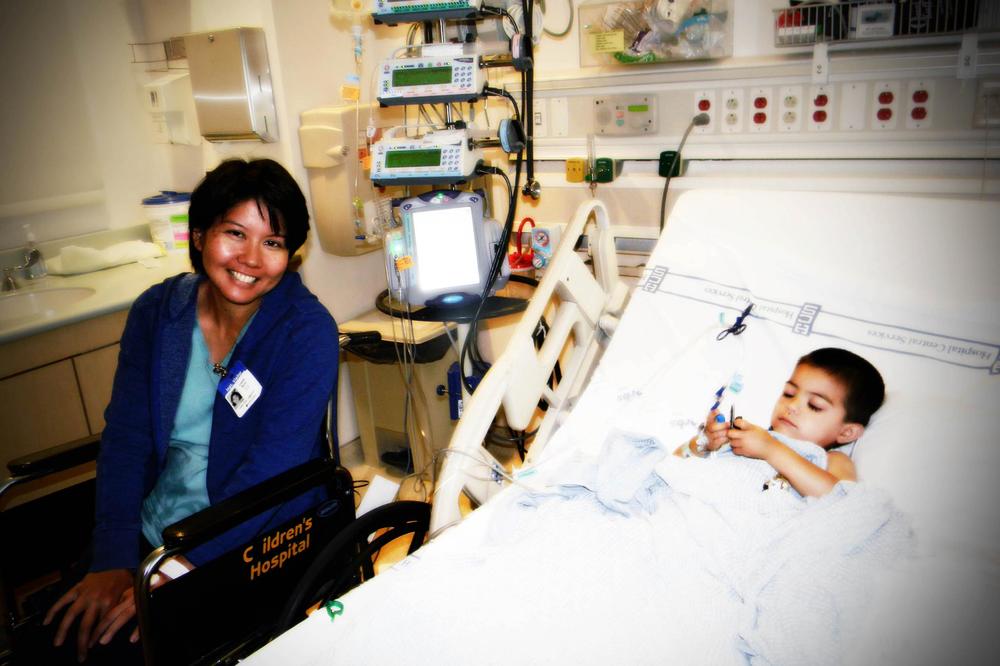 Let me backtrack a bit to share about my history and why Leslie’s story touches me so deeply. Fourteen months before I was born my father received a gift of life in the form of a kidney transplant. An individual who was killed had elected to be a donor and thanks to that individual’s choice to give, I had seventeen years with my father and perhaps even my very life. With this story of mine, I’ve always been a firm advocate of organ donation. However, Leslie went even beyond this simple and giving life choice.

Leslie selflessly and graciously donated one of her kidneys to a local area family she didn’t even know! One day in the church parking lot Leslie heard another mom discussing her son’s illness and Leslie voiced her willingness to be tested as a match for little Josh. The story continues because she was a match, and her small size also made her a good match for Josh. Leslie volunteered to serve as a donor and gift one of her kidneys to give Josh a chance at living life. It’s simply amazing!

Leslie has inspired me with her willingness to selflessly serve and give, even at the expense of her own comfort and at risk to her own health. What a wonderful heart this amazing woman has!

Do you have an amazing woman in your life that can inspire others? Celebrate the amazing women in your life by sharing their photo in the SCA Amazing Women Mosaic. SCA believes that everyone should have the opportunity to live life to the fullest, and we are committed to creating value for people and nature. To champion these ideals, SCA launches Amazing Women Everywhere, a digital photo mosaic to celebrate women who have a positive impact on others.

This photo mosaic project has been inspired by the upcoming Volvo Ocean Race and the all women racing team that will be competing in the event. Team SCA is the first truly professional all-female team to compete in the Volvo Ocean Race and includes 13 women (ranging in age from 28-40) from all over the world – including three Americans, Sara Hastreiter (age 30, from Wyoming) and Sally Barkow (age 34, from Wisconsin), and Sophie Ciszek (age 30, dual citizen of US/Australia). Other amazing members of Team SCA include Dee Caffari (GBR), the only woman to have sailed solo both ways around the world (both east and west); two moms, Abby Ehler (GBR and AUS) and Carolijn Brouwer (NED), who both have young sons; and Elodie-Jane and Justine Mettraux, the first two sisters to sail this race. Individual bios for each team member and more team information can be found on the Team SCA blog. Not only is this the first all-female team in the past decade, but it’s also the first time there is a completely level playing field amongst teams. Each team is competing using the same boat (The Volvo Ocean 65, or VO65), meaning all sails, all design elements are fixed and no changes could be made by any team. The team trained on the boat in Lanzarote, Spain for roughly two years to prepare for the race. Now in the sixth month of the round-the-world race, Team SCA is competing in leg 5 – sailing for an estimated 20 days between Auckland, New Zealand and Itajaí, Brazil. The team is capturing their journey through a blog as well as active social media accounts (Facebook, Twitter and YouTube). Images of the team can be found at http://teamsca.photodeck.com/.

The Volvo Ocean Race is the toughest offshore sailing race in the world. The history of the race goes back to 1973 and is considered the Everest of racing. The race lasts for nine months, covering 39,379 nautical miles (almost two laps around the equator). It started in Alicante, Spain in October 2014 and stops in nine countries around the world before it finishes in Gothenburg, Sweden in June 2015.The race will make one stop in North America: Newport, RI, arriving between May 5-9, 2015.

SCA believes that everyone should have the opportunity to live life to the fullest, and we are committed to creating value for people and nature. To champion these ideals, SCA launches Amazing Women Everywhere, to celebrate women who have a positive impact on others.

The women of SCA’s all-female racing team, Team SCA, exemplify this spirit. They have come from all walks of life and backgrounds to take on one of the world’s most challenging endeavors, the Volvo Ocean Race. For nine months, their journey of hard work and determination will inspire millions around the world. Follow along with Team SCA on Facebook!

We aim to gather thousands of stories from all over the world and inspire thousands more by illustrating that amazing women truly are everywhere. Visit http://www.teamsca.com/awemosaic to submit a photo of an amazing woman in your life.

This is a sponsored conversation written by me on behalf of SCA. The opinions and text are all mine.