I’m now ready to start sharing about my recent experience traveling to Israel, and I’m starting off with one of the iconic landmarks of the region, the Dead Sea. Did you know that the Dead Sea is dying? Its water supply from the Jordan River has been cut off, sinkholes are swallowing the coastline, and slowly this majestic, saltwater oasis is disappearing. Now is the time to plan your visit!

The most notable feature of the Dead Sea is its high salt content, coming in around 10 times saltier than ordinary sea water. This is what allows you to float in the Dead Sea!

The other part of the salty Dead Sea that I wasn’t expecting was the slick feel that the water left on your skin. Have you ever had bleach water on your hands and felt that kind of slippery sensation? That’s what it’s like when you dip in the Dead Sea, so be prepared when you get up to leave if your shoes are slip on, they might slip around.

The salt content also means it can burn! Any cuts, or even for some, your private regions can feel a bit uncomfortable when you’re first getting in. You also have to make sure you’re not splashing or falling, so perhaps not the ideal spot to take young kids! They even have eye wash stations like you’d find in a science room to help in case people get the salt water in their eyes.

The beach where we visited the Dead Sea was a man-made beach and the sand took away one of the popular Dead Sea activities, bathing in the mud. I did see some people who had brought their own mud with them to lather on. In some areas, you don’t have the sand and can see the salt growths and rich sea mineral mud.

Manfacturing at Ahava in Mitzpe Shalem 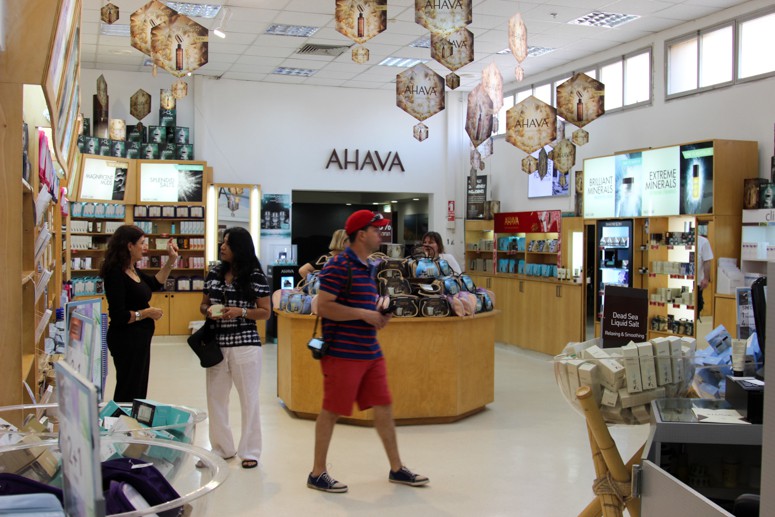 As we were driving along the west bank of the Dead Sea we passed one of the most popular names in Dead Sea skin care, Ahava. If you’re looking for some high-end dead sea mineral cosmetics or skin care, then this is a must stop for you. Ahava started in 1988 and is one of the most recognized names in Dead Sea skin care. Their manufacturing plant and showroom are in Mitzpe Shalem, where you can stop to get a peek into their factory and stock up on your skin care needs.

My room at the Isrotel Dead Sea Resort & Spa 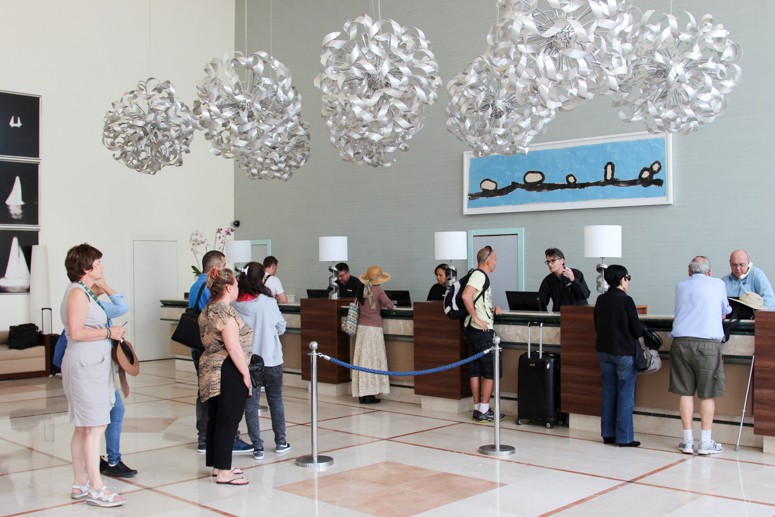 Lobby check in at Isrotel

Our hotel for our Dead Sea visit was the Isrotel Dead Sea Resort & Spa. This hotel has a man-made beach on the Dead Sea just across the road. One of my favorite features of the hotel was the complimentary flavored water they served in the lobby. The hotel is very open and contemporary in design. It’s quite nice, although some fellow travelers had issues with their air conditioning and room smells.

One of the big features of the Isrotel Dead Sea Resort & Spa, besides their amazing pool and location on the Dead Sea, is their Esprit Spa. I was able to enjoy a signature spa treatment for the region, a mineral mud body wrap. I was checked in and taken to a room with an attendant who didn’t speak much English or Hebrew, so be prepared for that if you have a treatment. A pot of rich, dead sea mud was rolled in and my attendant proceeded to slather my arms and legs with the clay. Afterwards, I was wrapped up in a heavy blanket and left to relax for about 30 minutes.

While I’m very happy to have had this amazing skin treatment, I do want to say that the spa experience is not on the same luxury level of what I’m used to in the United States, so be prepared for that. However, the spa also has an indoor/outdoor pool and other amenities beyond just the treatments which should be considered when you’re planning whether to book a treatment.

There you have it, the Dead Sea: Salt, Skin Care, and Spas. Don’t forget that the Dead Sea is slowly disappearing, so if it’s on your bucket list, make it happen!

For more information about Israel and the Dead Sea, visit the Ministry of Tourism for Israel, my host for this press trip. 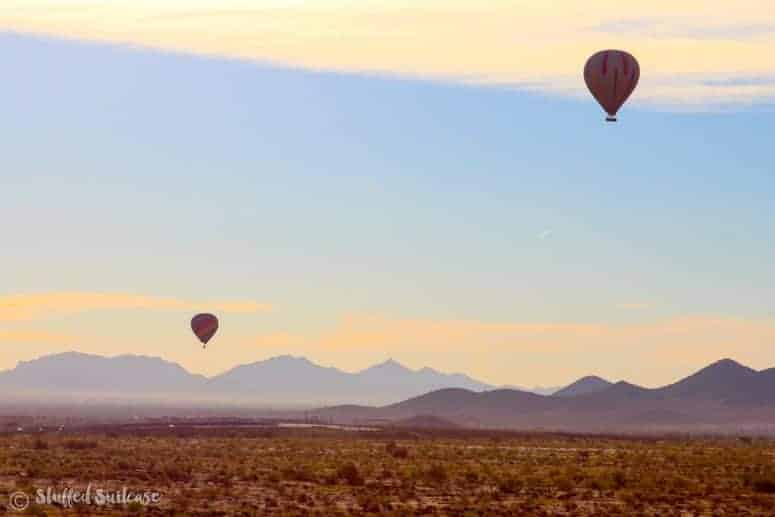 ← Previous
Up Up and Away - Phoenix Hot Air Balloons 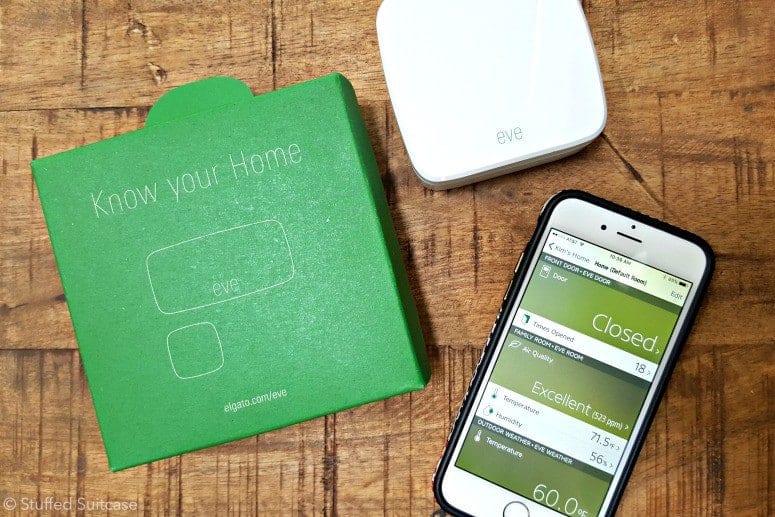 Next →
Connect to Your Home with Eve
Click here to cancel reply.